By: admin
In: Blog, Horoscope
Tagged: Aries
With: 0 Comments 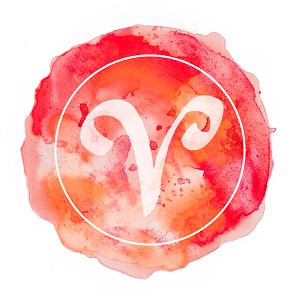 Aries is the first sign of the Zodiac: it corresponds to the beginning of Spring. The Spring Equinox happens when the Sun moves into Aries, around March 20th, date we also consider the start of the New Astrological Year.

Aries, Cancer, Libra and Capricorn are the four Cardinal archetypes: their task is the initiation of a new process, and this is why they are all associated with the beginning of the four seasons.

The Cardinal modality is correlated to the start of a new process, different from all that has been done before, on an instinctual basis. For this reason Cardinal signs strive to liberate themselves from the societal, cultural and familial conditionings that prevent them from reaching their fullest expression.

Aries, being the first sign of the Zodiac, represents the moment of birth and the beginning of a new evolutionary cycle, associated with the ongoing process of self-discovery. This is why people who have their Sun, their Ascendant, or other personal planets in the sign of Aries have the primary necessity of being independent and absolutely free: they need to be able to follow their impulses and desires in order to sustain their personal journey towards self-knowledge.

Like the two fellow Fire signs Leo and Sagittarius, Aries is considered a Masculine sign, with a Yang type of energy: this means they are prone to direct most of their energy outwards, towards the external world, they tend to be extroverted and learn from direct experiences.

It’s critical to understand that all Fire signs feel they must fulfill a special destiny, hence they want to live according to their instinct, follow their passions, discover their talents, and explore as much as they can, without any restriction.

The element of Fire represents the burning passion that forces us to start a new project, the creativity, the motivation and the determination that allow us to pursue our dreams.

Cardinal Fire is perfect for the beginning of something unfamiliar, but it can encounter some problems when sustained, continuous effort is needed.

Ruled by Mars, the God of War

The planetary ruler of Aries is Mars, named after the Roman God of War.

Astrologers consider the red planet to represent the archetypal expression of the masculine principle: it corresponds to the energy of the warrior, and it correlates to how we go after what we want, to the way we assert ourselves and to how we instinctively take action, following our desires.

Mars represents continuous forward movement, the energy that sustains the constant state of becoming. It allows the creation of a new path, that has never been taken before. For these reasons it requires absolute freedom, and it does not tolerate restrictions, obstacles or limitations.

Martial Arts, named after Mars, are probably the best way for Aries to channel their abundant physical energy. They are also enormously helpful for anger management, allowing them to express their need to fight in a beneficial way.

To feel balanced, Arians need to practice some physical activity that makes them sweat and move, on a daily basis. Getting rid of their excess energy allows them to be more aware of their reactions and deal better with uncomfortable feelings.

Aries people tend to be natural leaders. They love to lead and are happy to work alone, so they can do things their own way.

They typically learn through direct experience, through a process of trial and error: they require absolute freedom to follow their own instincts and make mistakes. Aries is not much of an intellectual sign, they usually prefer doing rather than studying, when trying to understand how something works.

Arians act before they think because this is their nature, they are impulsive and can unconsciously be quite egocentric and individualistic, but again, they don’t do it for the sake of hurting others, it’s just who they are.

There is frequently an aura of childlike innocence around them: no matter their age, a part of them will never grow old. Their spirit stays young, and they are usually quite optimistic, they can see the good in any situation.

Aries people habitually have a lot of stamina and ideas in the first stages of a new pursuit, but after some time they tend to get bored and lose the motivation needed to work on it consistently. Hence, they often choose to embark on another project that looks more interesting and appealing. The danger here is never completing what they started in the first place; forgetting important details out of impatience is another common one.

Shadow Side of Aries

One of the Shadow Sides of Aries is selfishness. A very significant theme for them is learning to take others into consideration, integrating the Libra polarity, sign correlated to relationships.

Immaturity, impatience and the tendency to overreact can become another problem for Aries natives. When these traits are out of control, they could lead them, for example, to abandon something they started barely because they can’t see results fast enough, or because of a minor discussion with someone involved. They need to learn how to compromise, listen to other’s point of view and to better manage their own emotions and anger

To achieve the highest expression of this archetype, Aries have to learn to be completely present in what they are doing, take care of the details, be patient, cautious, and don’t hurry.

Desire, passion and the ego itself are not to be considered bad, they are a tool we can choose to use to get closer to our Essence. When this sign is expressed with conscious awareness, we learn we can use our impulses and willpower to follow our Soul’s purpose, rather than our ego’s desires.

In this case, Aries natives can be very inspirational people, natural-born leaders and motivators, brave, honest and innovative. They channel their inner warrior to protect who needs it, and to destroy all the obstacles they find on their path.

How to attract an Aries

Aries people love adventure. They need new experiences on a regular basis. For them, absolute freedom and independence are a necessity: they usually don’t suffer while being single, but can struggle in building an intimate relationship that lasts.

The key point to consider here is: let them do their own things for as long as they need to. Demanding time or attention or even worst, nagging them can be quite detrimental: it can in fact produce the opposite effect, because they will always put themselves first.

Arians, especially men, need to be in a relationship with a person who is extremely self secure and self-sufficient: neediness and insecurity are a huge turnoff for them. For example, they want to be able to travel alone if they feel like doing so, and to dedicate the time needed to their personal pursuits without giving explanations.

It can definitely be hard for them to fully commit in relationships. The ones more likely to capture their attention are independent people who pursue their own hobbies, follow their passions, and seem to enjoy a fulfilling life on their own.

In that case, they will make sure to make the first move. They are incredibly passionate and possess a strong sexual energy: it is impossible not to notice if an Aries is interested in getting to know you better!